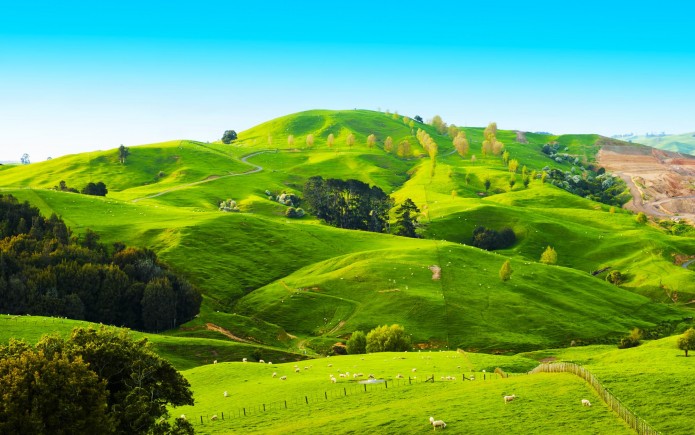 New Zealand has long been the center of wacky pursuits and unusual activities. Remember that this is the place that commercialized the extreme sport of throwing oneself head first off bridges attached to bungees and brought zorbing, a sport involving rolling down steep hills in spherical blow-up balls, to the world. But what other unique activities can you do in New Zealand? Read on to find out.

1. Wander through the Shire. When you take your first glimpse of New Zealand’s awesome landscape, you’ll understand why they choose the country to film the movie ‘The Lord of the Rings’. While you’re there, you can pretend to be Frodo for the day as you wander around Hobbiton, the little Shire village used as the set in the movie. If you’re lucky enough to be there on September 22nd, you can celebrate International Hobbit Day.

2. Look up at the glow worms. The country’s most amazing attractions aren’t just man-made. It’s doesn’t get more unusual than a New Zealand guided tour to the Waitomo Caves. As you navigate your way down through the tunnels, you’ll be guided by the millions of glow worms that light the passageways. Few things on earth are as awe-inspiring.

3. Hike along Tongariro Crossing. The Tongariro Crossing often adorns the top of many of the ‘world’s best hiking’ lists. Often achieved in a day, if you take on the crossing you’ll be treated to the spectacular views of mountains, lakes and steep valleys. In fact, the landscape is so dramatic, it was another filming location of The Lord of The Rings.

4. Escape the zombies. You couldn’t get any more unique than the Zombie Survival Challenge. Not just for Halloween, you can create your own horror story as you work in teams to survive the courses and ward off the zombies chasing you.

5. Leave your bra in Cardrona. No one quite knows why in the late 1990s four bras were left attached to a fence in the remote Cardrona Valley. A few days later, more began to appear and with the news spreading online, the site quickly became an attraction. You can add to this wacky place by pinning your bra to the fence along with the hundreds of others as you pass through.

6. Soak in the Rotorua Hot Springs. We’re sure that you’re going to have been doing some serious hiking when you’re in New Zealand, but be sure to take some time off to soak those weary muscles in the Rotorua hot springs. 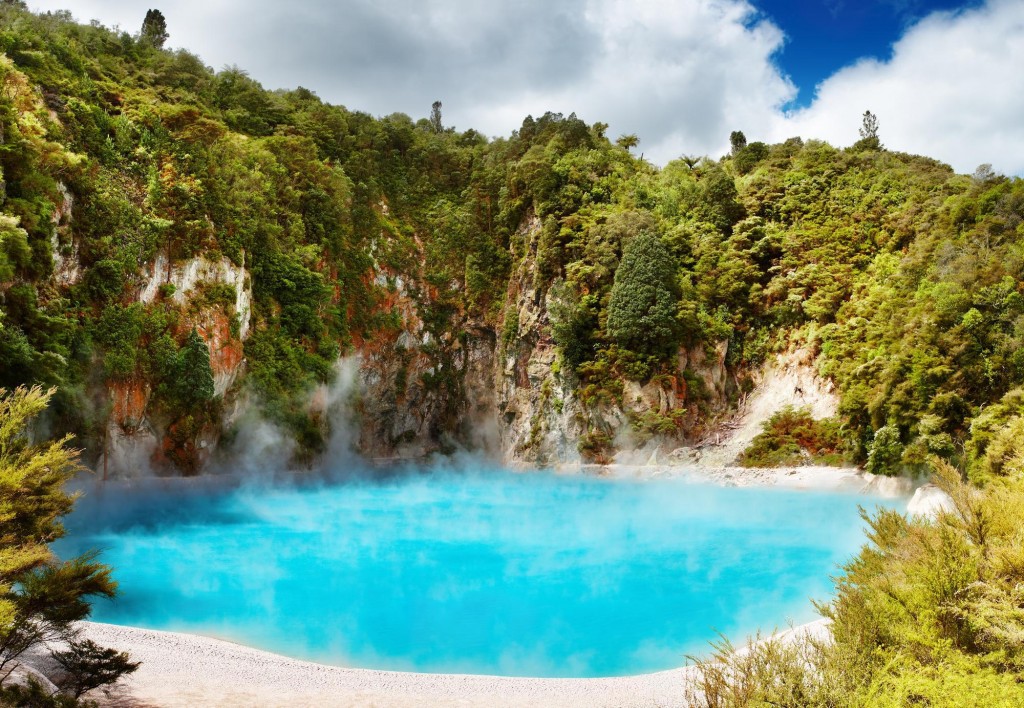 7. Tick off swimming with dolphins. Swimming with dolphins sits at the top of most people’s travel bucket lists and there’s nowhere better to do it than in The Bay of Islands. Don your swimwear and jump into the cool waters to paddle around with playful bottlenose dolphins. As you cross over, you may even see them jumping in the boat’s wake. Return with memories that will last a lifetime.

8. Kayak to Cathedral Cove. Its name Cathedral Cove is a fitting for the eroded arches that rise dramatically out of the white sandy beach on the Coromandel Peninsula. Though you can walk along the beach to view the natural wonder, the best way to take in the inspiring sight is by kayak. You can easily rent one in the tiny town of Hahei.

9. Roll down the hill. Few things are as adrenaline-inducing as squeezing inside a blow-up orb and rolling yourself down a ¼ kilometer downhill track. The OGO Rotorua is where it all originated. When you’re here, you can race your friends or family down the straight track or try to beat your own time on the zigzag course.